We’re currently fighting a serious bug going through our house.

Melody’s fever seems to have finally stayed away (after four days of persistence), and everybody’s been pretty listless on both ends of the fever (N and E have had symptoms as well.  And it’s been interesting to observe how feeling yucky really does make you act yucky. It’s a backwards sort of nice that I can say, Woah, this is really out of character!)

Melody went through an entire square box of tissues Saturday. Elisha and Natasha picked up her cough by Sunday evening, and until yesterday (Tuesday) Elisha’s the only one who could hang on to energy. 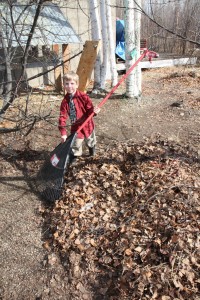 Sunday I stayed home with the younger two. Elisha was a great helper, and Melody got dressed, which was an accomplishment compared to Saturday. 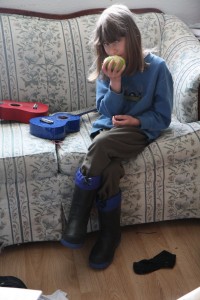 Monday both girls held their low fevers and needed lots of holding by Mama. Which was fine, accept when people want to eat, too.

Conveniently, when they’re feeling this crummy, they don’t seem to care as much about food.

One thought on “Sickness”